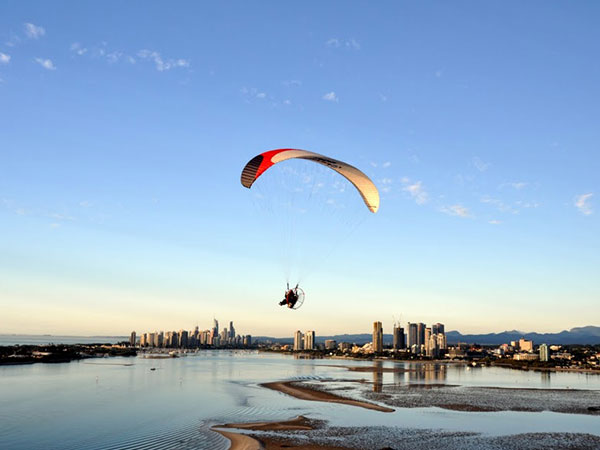 Be part of a sporting legacy that stretches back for more than 50 years.

The sport has a colourful history from towed delta wing kites in 1963 to soaring parachutists launching from Australian hills in 1982. Paragliding with purpose built paragliders became popular in the late 1980s. Instruction in paragliding commenced around 1989 which showed a commitment to the sport. There’s no doubt even from its inception there was always an avid dare-devil among Australians.

The first world championships (foot launched) were held in 1975 and Australia won one gold medal and two bronze medals. Performing on a competitive world-stage further ignited the spirit of adventure back home and the catalyst to soar to greater heights was unveiled with the development of Weightshift Microlights.

The equipment and technique may have changed over time but many of the constants remain the same: a fierce mateship among members; a determination of man to feel the freedom of flying; safety remaining at the forefront; and the thrill of pure flight.

Today, thousands of hang gliders take in a bird’s eye of the world each day. More than 3500 Australian members and their clubs are represented by the SAFA which is:

Enjoy the camaraderie of the SAFA community, confident you are supported by the foremost authority on safe, fun, pure flying in Australia.

To learn more about experiencing the thrill of pure flight click here or call our office on 03 9336 7155.

To locate a SAFA approved flight school near you click here.