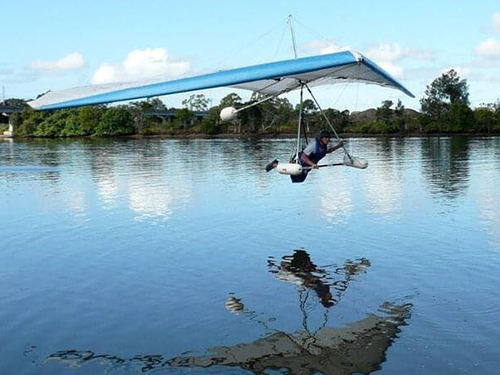 From competing on the world stage as three times world barefoot skiing champion, 13 times barefoot Australian champion and holding the World barefoot speed record, Brett Wing is ready to take his feet off the ground and find his wings, reigniting his love of hang gliding after being absent from the flying scene for many years.

Having been inducted into the Skiing Hall of Fame, Brett said his love of flying was a natural progression from his love of skiing.

“I was really young when I first got into skiing and it was being on the water being towed by boats that originally got me into flying a hang glider. Back then I was flying a flat kite and then evolved to a delta kite,” he said.

“It was a time where Bill Moyes was making waves in the sport getting it off the ground and I wanted to be part of that. It wasn’t until I was 20, with the help of Steve Moyes that I really got into flying.

“Although the sports are quite different (skiing and hang gliding), they are also very similar as they are both high adrenalin. But to be honest, that’s not why I love them both- even though that’s what people think. For me it goes beyond the adrenalin rush. With hang gliding, I love the aircraft and the feeling I get, the freedom of flight when you are up there. There isn’t a care in the world. It’s the same with skiing. It’s a feeling of release within both sports.

Brett said after having a family, he gave up flying as he had limited time to fly. It is only recently that he has decided to find his wings again and take to the sky.

“He’s kindly taken me to the Mt Tamborine take off site and the club house. I’m now looking at buying a new glider so I can get back flying. It’s very exciting. Flying is very therapeutic. Witnessing the amazing scenery from that high up is breathtaking. There’s nothing like it.” 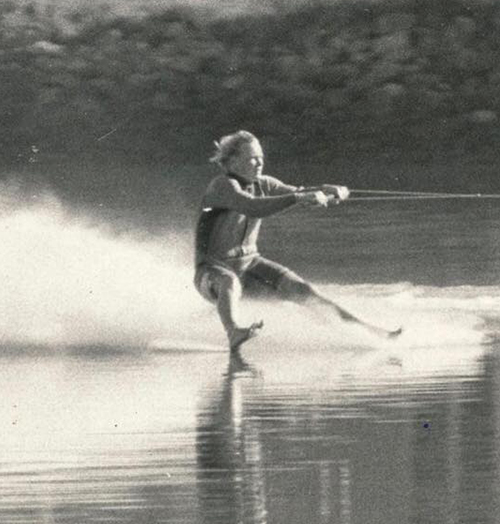