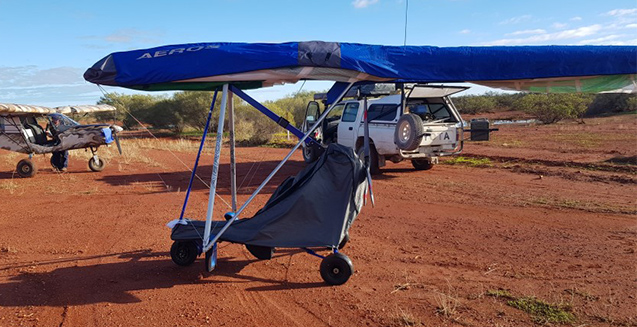 Flying across our great country, witnessing the vast, rustic red desert of WA to the crystal clear coastline of Byron Bay, was all in memory of legendary weightshift pilot, John Oliver – a tribute flight flown by friend, Mark Rindel from Mount Waverley.

Achieving an Australian first feat (the lightest aircraft to ever cross the country) as well as flying from the most western point at Steep Pt to the most eastern point in Byron Bay, Mark Rindel flew around 6000km in his nanolite aircraft - an average of four hours in the air each day.

“John Oliver was a great friend and we had talked about flying this journey together to highlight our sport and promote nano lights,” said Mark.

“Unfortunately, John got ill and passed away. He wasn’t able to take the flight. I decided that I wanted to continue our plan and honour him at the same time.”

John was a prominent weight shift pilot, renown across the world for his flying abilities and wonderful personality. Along with his extensive flying skills, John also ran the Melbourne Microlights Training School, giving novice pilots the chance to spread their wings and experience the thrill of flight first-hand.

“Flying across our country was a dream come true, the beauty of the desert below, the openness, the colours and serenity,” said Mark.

“With my ground support crew, I was able to fly a total of 95 hours in air, flying across beautiful sights like the Great Dividing Range, Ayres Rock and Lake Eyre."

“In the 32 days it took there was only one day where the winds were too strong and I couldn’t fly, but the rest of the time I was able to fly, before landing and finding a clearing in the bush to camp for the night, out in the elements.”

Mark is very grateful to his support crew and the assistance they provided in ensuring the journey was a success. Without his wife, and Neil Cocks and his team, there was no way he could have crossed the deserts. Fuel, water and food all had to be carried for up to 10 days at a time.

Not only did he showcase the thrills and capabilities of nanolite, but he was able to achieve the lifetime dream of his friend, John Oliver.

“The Aeros ANT(the nanolite Mark used) is slowly changing light sport aviation in Australia. John’s famous term “peasant aviation” is now alive and well. For too long people have been trying to go faster and more technical when what they really need is safe, dependable and affordable flying machines,” said Mark. The story of Mark’s adventure was picked up by Victorian media outlets and received publicity in the Monash Leader and Herald Sun. 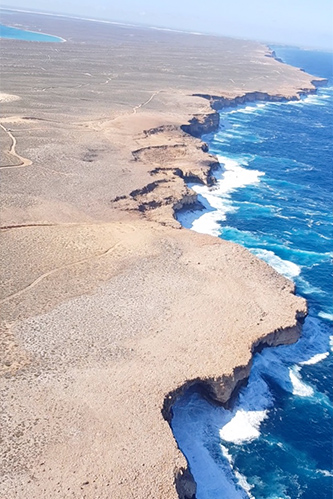